Conference about the European Standard (EN16931) impact in Iceland

Conference about the European Standard (EN16931) impact in Iceland
November 11, 2020

Conference about the European Standard (EN16931) impact in Iceland
Posted by Posts LMT on November 11, 2020 in CEF Funding, eInvoicing, ICELANDINV-18 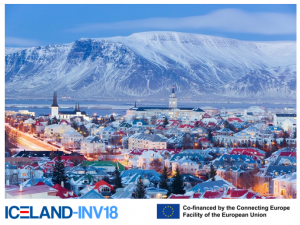 Within the framework of the project ICELAND-INV18 – Uptaking the EN eInvoicing by authorities in ICELAND, next thursday, November 12, 2020 ICEPRO; the Technical Committee of Icelandic Standards; and some of Unimaze partners will jointly attend an online meeting about the implementation of the latest update to the European Standard (EN16931). This event, which will be developed under the heading More efficient invoicing, increased efficiency – Iceland at the forefront of Europe will discuss the usefulness and benefits of the pan-European electronic invoice Directive EN16931 at a national level and for parties involved in the international trade as well.

The agenda of the meeting will count on an introduction in charge of Einar Geir Jónsson, from Unimaze, and also with several talks on the main topics in the scope of this CEF funded project, such as the importance of the electronic invoice update to the latest version (TS236) to get its best use; the presentation of the current situation in Iceland; and a final discussion on E-commerce. All of these lectures will be presented by relevant members of Unimaze, ICEPRO, and Deloitte.

ICELAND-INV18 – Uptaking the EN eInvoicing by authorities in ICELAND (Action number 2018-EU-IA-0056) is an Action co-funded by INEA under the CEF eInvoicing programme.

To know more about ICELAND-INV18, visit its official website: https://irtic.uv.es/iceland-inv18/