The largest level of CEF grant funding is awarded to eInvoicing actions
September 27, 2019

The largest level of CEF grant funding is awarded to eInvoicing actions
Posted by admin on September 27, 2019 in CEF Funding, eInvoicing, EURINV, R&D_funding 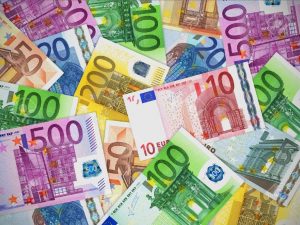 Of the 128 actions that were funded through 16 CEF Telecom calls dedicated to Building Blocks, 42 corresponded to actions assisting the adoption of electronic invoicing European Standard by public entities. Furthermore, out of a total of €75.3 million that were granted within these calls, €27.6 million were given to the eInvoicing related projects, making it the recipient of the highest funding among all CEF Building blocks.

EURINV project, “Implementing the European Standard in consolidated eInvoicing cloud platforms” belongs to the eInvoicing Building Block and is co-financed and managed through the CEF-TC-2018-2 Call.

Coordinated by UPV (Universitat Politècnica de València) with the support of LMT group, the goal of this Action is to support the adoption of a European Standard (EN) compliant eInvoicing solution by 7 EDI providers and 2 use case institutions, distributed across 9 European countries (Belgium, Finland, Italy, The Netherlands, France, Spain, Ireland, Germany and Slovakia). Hence, furthering the uptake of the European Standard (EN) on eInvoicing by other Member States’ public and private institutions.

For further details, refer to the publication on CEF Website.

The content of this publication are the sole responsibility of LMT Group and do not necessarily reflect the opinion of the European Union.